#SorryNotSorry: You Can Keep Your Nonpology

I script a lot, mostly in my head. It calms me. And it helps me process. It seems that there has always been a phrase, a quote, a song lyric that helps to capture what's on my mind. People often fail me, but words seldom do. This one is easy. Comes from middle school lit class...Macbeth.

“Where we are, there's daggers in men's smiles.”

Few things are as deadly and vicious as people when they pretend. That fraudulent, dazzling smile masks a weapon; that olive branch camouflages a patch of poison ivy; those fluffy blankets are laced with smallpox. Just because someone says something doesn't make it real. Be vigilant - or you might find yourself asphyxiated by #alternativefacts you’d accepted as truth.

Sometimes it's very difficult, though - distinguishing fact from fiction. Sometimes reality seems relative and virtues seem variable. Sometimes the lines are blurry and you can't figure out what you should believe. Sometimes right seems wrong and wrong seems right and the rules are all different.

It reminds me of a conversation from not long ago. A friend of mine, someone I adore, asked several of us if we felt that we were more “Team Xavier or Team Magneto.” The responses, and people's justifications for why they were one, or the other, or neither, illustrated how sometimes it isn't a simple and obvious choice between “good guys” and “bad guys.” So-called “good guys” can be tremendously flawed, and so-called “villains” might have valid, perhaps even benevolent reasons for the decisions that they have made. It isn't as easy as left and right, up and down.

For those of you who don't understand the “Team X or Team Magneto” reference, my first thought is to feel sorry for you, but after doing so, I would encourage you to do a little research on the X-Men.

I have had a fascination with the X-Men comics (and later, the movies) for as long as I can recall, and not solely because I'm an 80’s baby. There was, and is, so much profundity in the concepts of the X-Men; it is so much more than just the saga of mutants living in a hostile human world. As a person with numerous identities and marginalizations (i.e. I am a person of color, a disabled person, a person from an immigrant family, a woman, etc), the X-Men has always resonated with me while simultaneously creating a sense of inner conflict.

I could never decide whether I agreed more with Professor X, the leader of the X-Men who wished to coexist peacefully with humans, or with his antagonist Magneto, a pro-mutant leader who dreamed of liberation and safety for his people. Both had positions that I could understand and relate to, and I had difficulty picking a “side” and sticking with it. (On a side note, it's important to point out, as some people shared in the aforementioned discussion about this topic, that there are a number of problematic characteristics of both Professor X and Magneto, including their tendencies to manipulate others, their lack of transparency, and their subjugation of women; I am not implying that either is an ideal role model nor the epitome of leadership.)

I’ve had a similar ambivalence when I’ve pondered other seemingly polarized perspectives, i.e. Martin Luther King, Jr. and Malcolm X or democracy and socialism. To me, even when I do have a clear preference, I typically acknowledge that there are often a few points on the “other side” that I find to be somewhat relevant.

I, however, have a few other adjectives that I think depict how I perceive it:

I don't consider it a positive thing that there are aspects of the “other side” that I can understand or relate to. I am not thrilled that I tend to be thrust into the role of an ambassador rather than a warrior for the cause. For the love of all that I hold sacred, I sure as heck do not WANT to seem like someone that “they” can relate to or reason with. All that makes me wonder is what is wrong with me? What's defective about me that makes me the one? What is off about me, in comparison to others in my community, that “they” seem more inclined to be able to see/partially understand/listen to me?


Who are “they” you ask? “They” are anyone who makes me, or people like me an “other.” I didn't create the “us” and “them” distinctions; I just live in it. Depending upon the scenario, sometimes I fall in one “us” category and other times in another “they” category.

I didn't make these rules. Maybe life would be different if we could be accepted as “we” and “I” rather than the way it is, but that isn't my reality nor is it yours. This world we live in is, and has been, an “us” and “them” world where inequality is the status quo.

Tying this back to people and pretending, I recognize that the way I am makes me easy prey for the worst type of predator: the falsely redeemed one.

As a survivor, I have walls up...heck; I have drawbridges and moats and sentries; fire-breathing dragons. I learned very young that people aren't to be trusted. People lie. They steal. They cheat. They hurt you, and they hurt others. For every kind soul you encounter there are multiple soul-crushers. I don't trust, and I won't trust. I don't believe. I know for all the applause and all the praise and all the fickle attention, some people are waiting for me to fall so that they can trample me.

I'm not saying everyone. I know that I do have friends, colleagues, and supporters who are genuine and true. But I know that there are also people who are literally the opposite of that, though they feign otherwise.

For all my naïveté and inability to “get” things at times, I do have some discernment. I am not 100% clueless and helpless. I have a protective armor, and I can put together patterns. I am not defenseless. I am tough; I am strong...but I’m not invincible.

And too frequently my inner Angela Davis gives way to a humming, zen-like “Kumbaya” mode...reverting from Angela to Angie. Too often I am too willing to forgive and to cooperate. Too quickly, and too easily.

I don't fully understand the reasons why, but there is such a huge draw within me to want to believe people can be redeemed. That they can change. That they can evolve from something practically repulsive to something, and someone, who can be a true ally.

It isn't that this can never happen. It can happen...it does happen. However, what also can, and does happen is that people misrepresent themselves. They go through the motions of making a transformation when all the while there is no true inner change. They gain access, gain information, weaken their unsuspecting hosts, and become stronger and even more dangerous. Now they have not only the proximity, but now a heightened, more specialized ability, to wreak havoc, to maim, to destroy.

Every apology is not real, and every individual/position/stance should not merely be accepted at face value. If accepted without qualification or scrutiny, we put ourselves in an extremely vulnerable situation and place ourselves at risk. We cannot afford to do that. We must value ourselves enough to evaluate those who say they are with us and to have safeguards in place when, not if, we are compromised and/or betrayed.  Anyone and anything that is real will be able to withstand being tested/vetted and in fact will likely welcome it.

We require individuals to obtain licenses/credentials/permissions and/or training in order to operate vehicles/machinery, assume certain roles and responsibilities, to handle food, to go fishing, even to march on public lands. We don't just let them enter with a sheepish smile, hastily uttered apology, and a few murmured buzzwords claiming allegiance and solidarity.

“I’m sorry; I’ve changed” isn't a universal access key. You say you're sorry? You say you’ve changed? You're on “our” side now? For real for real?

Talk is cheap. Actions matter more. You say you’ve got my back, that you're here for me, for mine. For my people, for my cause. You say we're in this together.

Maybe we are, maybe we aren't. I’ll believe it when I see it.

Until then, I don't trust you, and you can keep your apology. I’ll accept it when I know it's real. 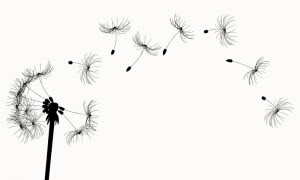