Where is the faith community in the Ferguson response? (WWJD)

I know that I've seen people of all races at local rallies (including some individual church groups), and I know locally (and nationally) there have been some clergy who've spoken out (though the majority of the ones I've seen were AA).

I don't really follow the "big" evangelical national leaders, but I haven't heard anything from them.

My church is pretty racially mixed, and though the persecution of the Yahidis and Iraqi Christians was discussed this weekend, I didn't hear of anything about Ferguson.  Now, I did miss the Sunday immediately following the incident, so perhaps it was mentioned. I don't know.

Or maybe it's being addressed in individual Bible fellowship groups and/or our missions/outreach division at our church.  I don't know for certain, but I hope so. I really, really, hope so.  I love my church and would hope that we'd take action in some way.

However, it would great if the faith community (as a whole, not exclusive to white believers) could at least make a blanket statement about the need for peace to be restored to the area and the importance of lawful and respectful civilian-police interactions. 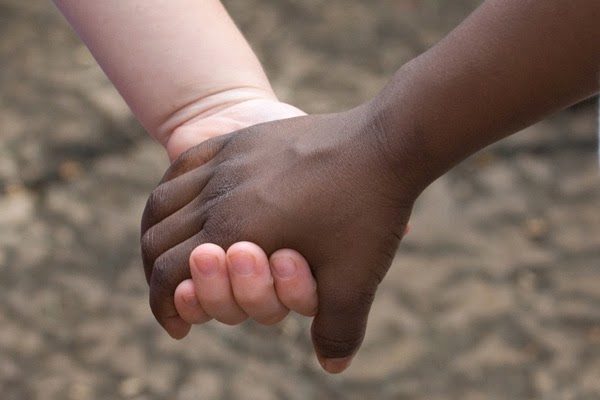 I'm not saying they necessarily have to speak definitively about the specifics of Mike Brown's death, but they could at least acknowledge publicly the importance of praying over the unrest that is occurring (and it would be even better if they'd stress the importance of people trying to actively engage in discourse and activities that can help).

During the 1950's and 1960's, the faith community - and specifically, the Christian church, was one of the leading supporters of the civil rights movement!  In the 1980's, churches openly denounced apartheid.  Even today, faith-based nonprofits, churches, parishes, mosques, synagogues etc are serving humanity on a global scale - from homelessness to refugees to child welfare.  Human rights should be a driving principle of any faith-based institution!  Furthermore, churches are often front and center when the issue at hand is one of their "hot button" topics.  Gay rights.  Abortion.  School vouchers. (In Houston, the Equal Rights Ordinance.) Is there nothing to say about this situation?  Nothing at all?

I don't understand the silence now; this is essentially a "modern day Selma," as others have said.

Even a neutral plea for prayers and peace would mean a lot right now; they don't have to choose a "side" except the side of peace.