It's just too much

Yesterday I read a blog post written by the Caffeinated Autistic.  It is short, but I suggest that you read it: (http://thecaffeinatedautistic.wordpress.com/2013/11/26/i-am-tired-tw-for-institutionalization-abuse-murder-dehumanization/).  It really makes you think and I am grateful to her for sharing and for having the courage to not conform to the "status quo" even if doing so would be "easier."

In her post, she made several profound points about the degrading manner in which many autism parents treat their children, in particular the numerous public video footage of meltdowns and the sharing of intensely personal info about "aggression," bodily functions, etc.

She also expressed her weariness at being attacked for speaking out against these and other things, and how upsetting it was to have to constantly defend the humanity of autistic people, including herself and her children.

As I pondered her words, I couldn't help but agree with much of what she shared. I have felt similarly alienated by many "fellow" autism parents when I have spoken against many of the principles and practices that are commonplace and acceptable within autism circles--the doom and gloom, the failure to assume competence, the concepts of "waging war" on autism, etc.

For this reason, I largely avoid from the highly trafficked "autism mom" blogs and forums.  It is also why even though I live in one of the largest cities in America where there is a huge number of people diagnosed with autism, I only count maybe two local autism parents among my circle of friends.

And as I gained more understanding of autism and began to realize that I shared the same diagnosis as my children, unfortunately I felt even more alienated, even though I was EXACTLY the same person I had been prior to diagnosis. I just knew what the name of it was now.

Caffeinated Autistic's post raised a lot of important thoughts.  It instantly brought to mind a similar discussion I'd had recently within another FB group for special needs families (not related to autism) that I am a member of.

I have identified relevant excerpts of my (very long) post to that group and have posted it here (edited in some areas to remove private or superfluous information) as a response to Caffeinated Autistic.  Feel free to read. In addition, her words also reminded me of the way that I was feeling a few months ago when Issy Stapleton's mother attempted a murder/suicide; feel free to read that too if you like: (http://justiceflashblog.blogspot.com/2013/09/morenikes-outrage.html?m=1)

...I totally get how being a parent of a child with this condition stirs up a desire to get involved in community affairs.  (I think we all do that in our various ways...some people use their gift of writing in blogs or other spheres, some use social media, some impact the local communities where they live, etc.)

...It is fully possible to work diligently to dispel stigma, increase awareness, and promote acceptance without publicly disclosing personal information about a minor child.

...People who are public are lauded as heroes, and it is implied even if it is not explicitly stated that those who aren't sharing in the same way are fearful, secretive, or ashamed.

There are many ways to be an advocate--even a public advocate--that do not require such disclosure.

Stigma is real. It is hurtful. And it is damaging. And we NEED public advocates and allies.

...But EVERYTHING does not need to be public. Can't the same message be conveyed without making that choice? It can. Period. It can. It is not always right, or necessary, or even appropriate, to publicly disclose certain things. And in some cases it is simply harmful.

...There are plenty of teens and young adults who have grown up and expressed displeasure at the way their well-intentioned parents violated their privacy by openly blogging or otherwise sharing the diagnoses of their then-young children in the name of "awareness."

These individuals do not feel that the end justifies the means. Although much good was done as a result of the disclosure, that does not negate their feelings of being exploited and thrown under the bus for the greater good of others.

Similar sentiments have been shared by adult adoptees whose parents often told their children's adoption stories in order to promote adoption. Nice people, nice intentions. Not so nice outcome.

We are adults. But our babies are not. They are children. Even my daughter, who is 11 going on 30. She is a child. And what she *thinks* is okay for her now will not necessarily be the case in three years. Or five years. Or a decade. Same with all of your children. 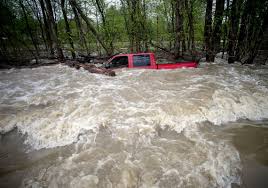