Hmmm...not sure what to write.  I assume first posts are supposed to be riveting.  But I'm doing this on the fly, so I don't really have anything planned to share. I guess I can start with stating "why" I started this blog. That's pretty easy and quick...I don't really have a concrete reason.

I've enjoyed reading others' blogs for some time, and have contributed here and there (informally) to some (now defunct) collaborative blogs.  I've always enjoyed writing, and though I don't do it nearly as well not as often as I used to, I still consider it to be in a sense my "native" language, as I am typically more at ease with it than I am at speaking.

In my observations of and/or interactions with others, I've noticed that in some ways I have a unique perspective on things. Other times I've realized how much others' views resonate with me. It seems that it would be beneficial to have a central place to process, ponder, and react to life's happenings. And if in doing so I share something that might be seen as useful/helpful/educational to others, cool.

Let's see...I haven't filled out the bio/intro/"About Me" section of the blog yet, so let me tell you more about myself here (and if I like what I come up with maybe I'll just cut and paste this into that currently empty section!).  I haven't yet learned how to blog anonymously (that's a Google search for another day), so currently you can see what my name is. It was a symbolic name given to me by my parents because I am their only daughter and it means "Cherished" in my family's language. My siblings and I were born in America to African immigrant parents who came here for university studies and ended up making this country their home.

I'm an "Xennial" (born at the cusp of where "Generation X" ends and the "Millennial" generation begins) female living in the southeast.  I have been involved with community outreach and social justice work throughout most of my adolescent and adult years both in the professional sector and as an advocate and volunteer.  I am happily (usually ;) married to my best friend who is both an extrovert and a computer geek. I have five/six phenomenal kids, three boys and three girls (which includes an awesome "bonus" daughter") who range in age from college age to preschool. Our family was built partially by international adoption, so we represent a variety of cultures.

Several of our children have special needs as well as special talents. My husband and I are also neurodiverse.  Within our home, there's a lot of diagnoses, some of which have acronyms or buzzwords associated with them.  Mine include ADHD, OCPD, giftedness, ASD/ASC--most of which (except giftedness) were only realized and diagnosed in recent years.

Due to my parents being from two different religious groups (Christianity and Islam), I was raised in a pretty non-religious manner, but I became a Christian in my early 20's.  I am an "independent" with regard to my political views--I tend to lean more progressive/liberal, but there are topics where my views fall in line with conservatives, so not sure what they makes me (sorta moderate?).

What else? I'm involved at a semi-leadership level in several advocacy and community groups.  I have been a vegetarian since my late teenage years. I love travel, books, music, and movies., and I'm in the process of finally figuring out who and what I want to  be when I grow up.

The blog name? All my life, I've always known that I was "different." There was a time--a very long time--that I felt that different = bad.  That I tried hard NOT to be different. That I longed to be someone else, anyone else...as long as I could be "normal" and not have so much stress and anxiety over simply being who I am.   And even though I spent my life fighting for others to be respected and accepted for who they are, and advocating on their behalf for their rights, their ability to access services and resources, and to dispel stereotypes, I had no idea that I also needed to fight for myself too. For my right to be myself without fear, regret or apology.

I decided that trying to be like everybody else was a really ridiculous idea--as was feeling like something was "wrong" with me.  What I needed to do was work at being the best "me" that I could be. A totally freakin' awesome, beautiful, fierce, kick-butt version of my own dang self.  Instead of a depressed, stressed out counterfeit image of someone I could never truly be, and shouldn't want to be. I was created to be me...therefore, I need to love being ME.  Period. 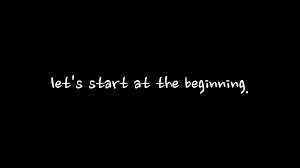 Why I Decided to "Come Out" of the Autism Closet