Don’t even know what to title this

I don’t know what I’m going to write right now; it’s all jumbled up in my head. But I just know I need to write. I haven’t written for what feels like eons...I need to write. Forgive me if this ends up being an incoherent rambling mess. It probably will be. But maybe that’s okay, because I don’t know if I’m writing this for you or for me. I don’t think it’s for anyone in particular, actually. Anyway…

Some time ago I did something...some things that I’m not proud of. That I should know better than to do. That I would typically not do. The specifics don’t matter right now - not because I am trying to be vague, but because there are aspects to this story that involve others and it isn’t my place to betray their trust nor risk their privacy. What is most relevant is that I violated my own personal standards...trampled across my own heavily revered, deeply ingrained internal code of ethics. I don’t even know who I am anymore.

I make no secret of the fact that I am flawed. I am all too human, and I mess up. I admit that. I own that - openly. I see no value in facades...it’s just not me. Too much of the hurt I have endured in my life was allowed to survive in oppressive secrecy; I have long renounced that putrid shroud and cast off its shackles. But shadows also loom in the presence of light, in the open.

In measured doses those shadows can be a welcomed source of shade and reprieve from the sun’s gaze, but we aren’t meant to dwell in the darkness there long-term away from the life-sustaining rays of light that nourish us from within. Ultimately the light is what feeds us, what helps us to grow, to develop, to thrive. We need the light to sustain ourselves; in perpetual darkness we will wilt, shrivel, and ultimately die.


Some of the flowers I admire most are not “true” flowers. They are technically “weeds” or wildflowers. No one necessarily “plants” them; they just grow. On the sides of highways; alongside buildings; in untended fields. Even bursting through layers of concrete. They aren’t the type of flowers that appear in pretty, evenly spaced rows in perfectly manicured lawns. No one tends to them - their only watering can is the rain that pours from the sky. But their will to exist is apparent and their simple, natural beauty unparalleled. The dandelions, the sunflowers, the daffodils of the world...for so long I counted myself among them. Unadorned, unextraordinary, often unnoticed, yet resilient, self-reliant, and boldly yet quietly defiant.

For so long, I didn’t need anyone watching me for me to do the right thing. I didn’t need anyone to remind me. I didn’t need to dread facing stiff, fearful consequences as a deterrent to doing wrong. My own internal moral compass was its own incentive. Being true to who I am, my personal beliefs, my spiritual path, my promises to myself...all that was reason enough. The fact that I might let others, like my kids, like my community, down? Truthfully, probably a secondary concern at best. Fear of the penalties for wrongdoing; my comeuppance? Maybe tertiary. What was most important was living a life of authenticity. It was a core part of who I am.

I’ve come to terms with my actions, apologized, tried to make amends, tried to re-route myself. The broken shards cannot be made unbroken. The past can’t be undone and wrongs can’t ever be fully righted. But I’ve tried to mitigate the damage. Tried to be a woman about things and salvage what wasn’t torched.

Yet still the question remains? Who am I? If I cannot adhere to my own personally defined rules and standards, then what does that say about me? What I am capable of? If I cannot even do right by my own self in the long-term, who can I do right by?

How could I let myself down like this, and how do I get past it? I don’t know if I can. I know life can and does go on. It can’t stop because I let myself down. I can’t stop either. I haven’t stopped “being me” I guess...but now what? How do I reconcile this effed-up individual with who I am supposed to be? I’m not supposed to hurt people; I’m supposed to help people. I’m not supposed to take shortcuts and circumvent the rules (unless the rules are unjust ones). How am I supposed to be able to have respect for myself ever again when even after all these years I’m still susceptible to the same nonsensical ish that I was supposed to have learned and moved on from?

What is wrong with me, and will I ever get it right? 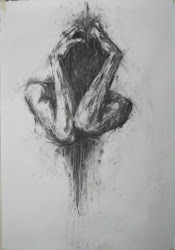