You #StandWithCharleston, you say? Prove it.

Nine innocent lives were recently lost in #Charleston, South Carolina when a white supremacist entered a historically black church, was welcomed into an evening Bible study, and announced after an hour that he hated Black people and had came to kill the people who were there. He then opened fire, murdering clergy persons, college graduates, mothers, fathers - pillars of the community - in a despicable act of domestic terrorism for the sole reason that the people were Black.

Dylann Roof's murderous acts of hatred were certainly racist, but they are indicative of a larger problem that exists in society. People of all races are understandably horrified by these murders, but few are horrified by the pervasive anti-Blackness in our culture. The Dylann Roofs of the world are not born; they are made. It's past time for us all to acknowledge the insidious ways racism is not only tolerated, but sustained in our communities. It's past time for people - NOT just Black people - to call it out. Not only for egregious actions like this, but consistently in our homes, workplaces, schools, social circles, the media, etc.

As a Black Autistic woman living in the American South who is a Christian and attends church, including Wednesday evening services, I am numb and wounded. It could have been my children and I if circumstances were different. It could still be, one day.

Don't bother to #StandWithCharleston if you won't stand with us every other day of the year. 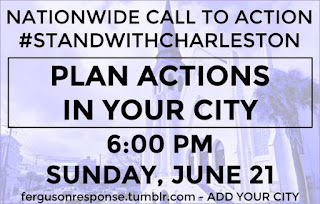 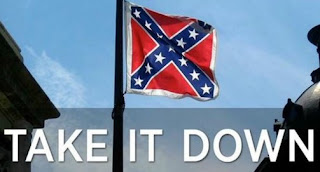