I have blogged more over the past few weeks than I typically blog in a year. Some people are "stress eaters." I wonder if I'm a "stress blogger?" I hope to break that habit; I don't want to blog only when something is wrong.

Around 4:00 PM today I learned that 6 year old London McCabe's mother threw him over a bridge to a painful death - presumably because she could "no longer handle" caring for an autistic child.

It cut deep. It would have been painful even if I did not also have an autistic 6 year old. Such a young child. Such a senseless and awful way to die. 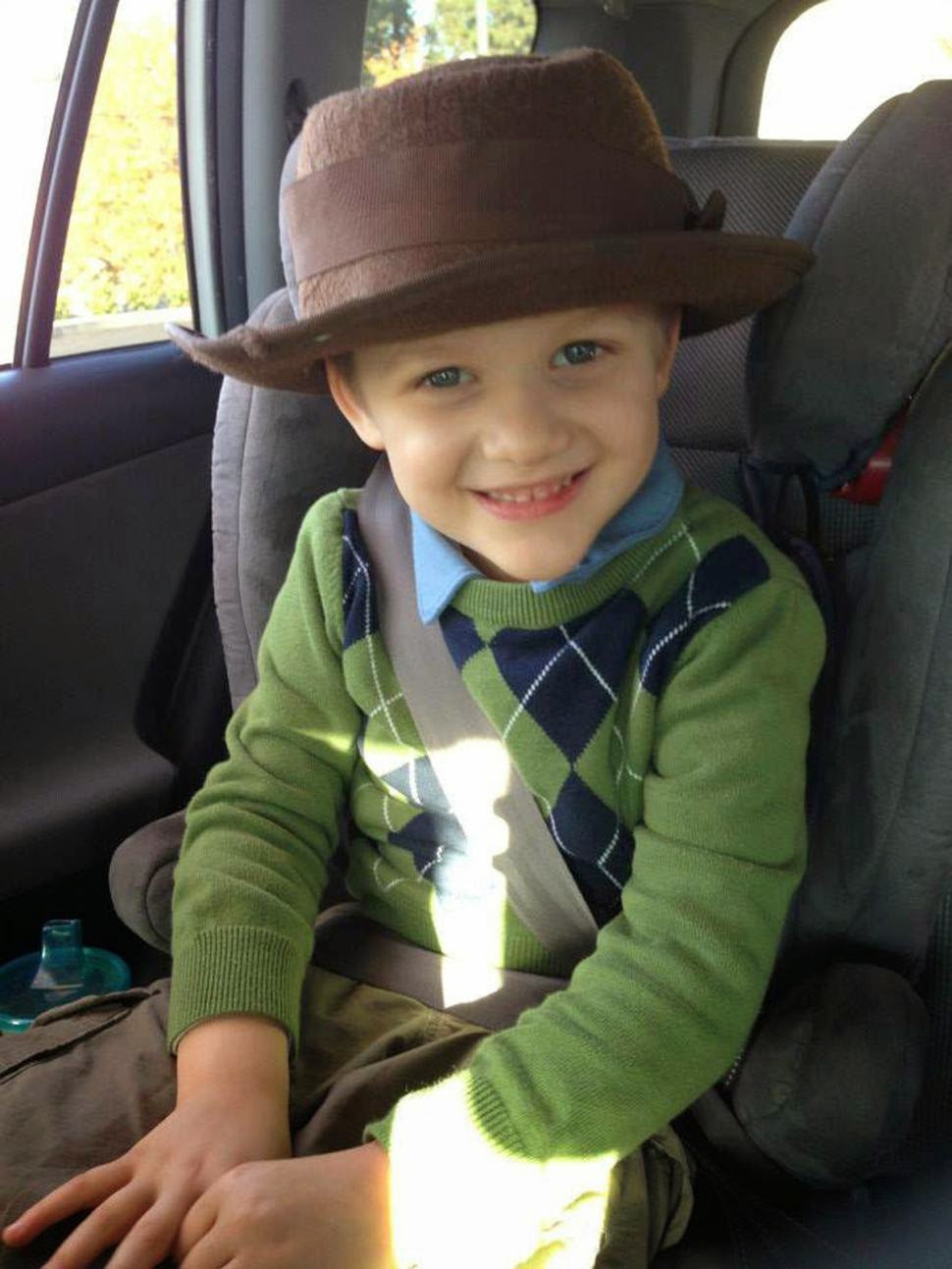 And sadly, though the location his mother chose as the murder site is unique, the murder itself is not. Though devastating, London's death represents just one of a long string of recent deaths of disabled individuals at the hands of the people whom they should be most safe with - their relatives/caregivers.

I allotted myself about 5-7 minutes to react. I was in shock, and I was sad. And frustrated, because the first (and second, and third) articles I pulled up on my phone to learn more were laden with sympathy for the murderer rather than for the child who'd been killed. Similar to the coverage of the attempted murder of Issy Stapleton, or the murder of Alex Spourdalakis, or any of the many "poor parents" who supposedly "loved" their disabled child "so much" and had "suffered for so long" that they finally just "snapped."

Then I put my game face on.

I had to pick up my kids, and though there's nothing wrong with showing emotion, it is difficult for them to see me saddened or hurt. They feel what I feel, and it crushes them. I needed to shield them from this ugliness, needed to have a neutral facial expression so as to not "set them off."

Grabbed kid one from her school.  As she snacked happily in the car seat, we headed to get kid two and three from their school. Then we headed to pick up kid four from his school. (Kid five was with grandparents.)

I walked into the building. It was unusually abuzz with people because it is voting day and the school is a polling location.

I walked to the desk, picked up the clipboard, and checked the appropriate box. I engaged in my small talk script with the office staff person while I waited for kid four. I noticed that they had some cool "I Voted" stickers in a basket on the desk.  Thinking that the kids might like them, I picked some of them up. Then I turned around to hand them to the kids.

My daughter wasn't there.

"Guys, where's your sister?" I asked. They looked up, surprised. They'd been distracted by the crowd of people coming to and fro from the polling booths. They hadn't noticed that she wasn't there.

I dashed around the corner, calling her name.  No sign of her. I ducked into restrooms and stairwells. She wasn't there. I tried a few classrooms. Nothing.

I willed myself to be calm. This wasn't the first time she'd wandered, unfortunately. It happened one summer at church too. That time I had dissolved into worried tears after ten minutes of unfruitful searching, which was understandable...but getting emotional slowed me down and prevented me from thinking and acting strategically. I was determined not to do so again.

While I was searching, kid four arrived. I made a request for the staff to do an 'all-call' announcement for her over the school intercom system requesting that she come to the office. I told a few of the kids to describe her for them, as I was certain they'd send personnel to help look around campus also. Then I went back to searching.

Knowing my daughter, I tried to think of where she might have thought to go. As I pondered, I realized what a perfect opportunity days like this pose for child kidnappers.  People coming in and out of a school without raising anyone's suspicion because presumably they were all there to vote. This would be an ideal situation to lure away or snatch a child. Who would notice?

Even if she cried or protested, people would just assume that she was being disciplined by her parent. And with the increase in interracial marriages and transracial and international adoptions, it's not unusual to see families whose members are different skin colors, so that may not "raise flags" for anyone.   She could already be in someone's trunk, en route to her doom...

Nope. Not thinking that way. Where would she be? Where is my baby girl?

I had an idea. It seemed kind of silly, and perhaps a "long shot."  But I know her. It was possible. I rushed off to check.

She left to give herself what she needed. Solace.

I ran over to her and slipped my hand in hers. She looked up and smiled. I couldn't smile back because I was holding back relieved tears, so I gave her a thumbs up sign.

For a short period of time my daughter was missing and it was awful.

Forever London McCabe will be missing. Why is that not awful? Why is it instead "understandable?"

It is not fair nor respectful to London's memory nor to the millions of disabled people worldwide that people feel more affinity over his autism blogger-turned murderer mom than they do him. Autism is not to blame for his death. "Lack of services" are not to blame.  "Caregiver burnout" is not to blame.


Jilian McCabe IS to blame.