"Who Really Cares About All of This?" I Do.

"Who Really Cares About All This?" I Do.

She didn't mean any harm, this nice woman who is the parent of one of my children's classmates. I'd contacted her to respond to (yet another) query asking several parents to consider volunteering at a particular time of day.  I gently explained that while I was happy to help out as needed in other ways and at other times, I couldn't commit to this particular task due to other obligations. She seemed satisfied by my answer at the time, but proceeded to bring it up on another occasion (today) while we were waiting for the children to be dismissed from school.

I'd gotten to school early (a rarity for me, lol), so I had a few minutes to spare before the bell rang. She was waiting there, along with another parent. I greeted both, exchanged some polite pleasantries/used my small talk script.  She brought up the volunteering thing again and I politely declined, citing the same reasons that I'd already given her.  Then I whipped out my phone.  I logged on to Twitter, and started signal boosting some tweets about the current #IAmNotKelliStapleton/#WalkInIssysShoes flashblog as well as the upcoming #EndVAWHIV (Day of Action to End Violence Against Women with HIV) flash blog.

After a few minutes, I glanced up and noticed that she was peering (nosily) over my shoulder, looking at my screen. A bit startled, I gave a half-hearted smile, put my phone in my lap, and searched my brain frantically for the appropriate script to use when someone is reading your tweets/posts without your permission. I didn't come up with one, and was trying to figure out what to say when she asked, "So what is this flash blog thing you're writing about, exactly?"

Although that wasn't what I was expecting her to say, I thought it was as perfect an opportunity as any to share. I asked her if she was familiar with autism, and informed her that I was autistic.  We then spent some time talking about autism, and progressed to a discussion of the Stapleton tragedy and the Dr. Phil show episodes. She was familiar with the topics, and we had a relatively decent conversation. 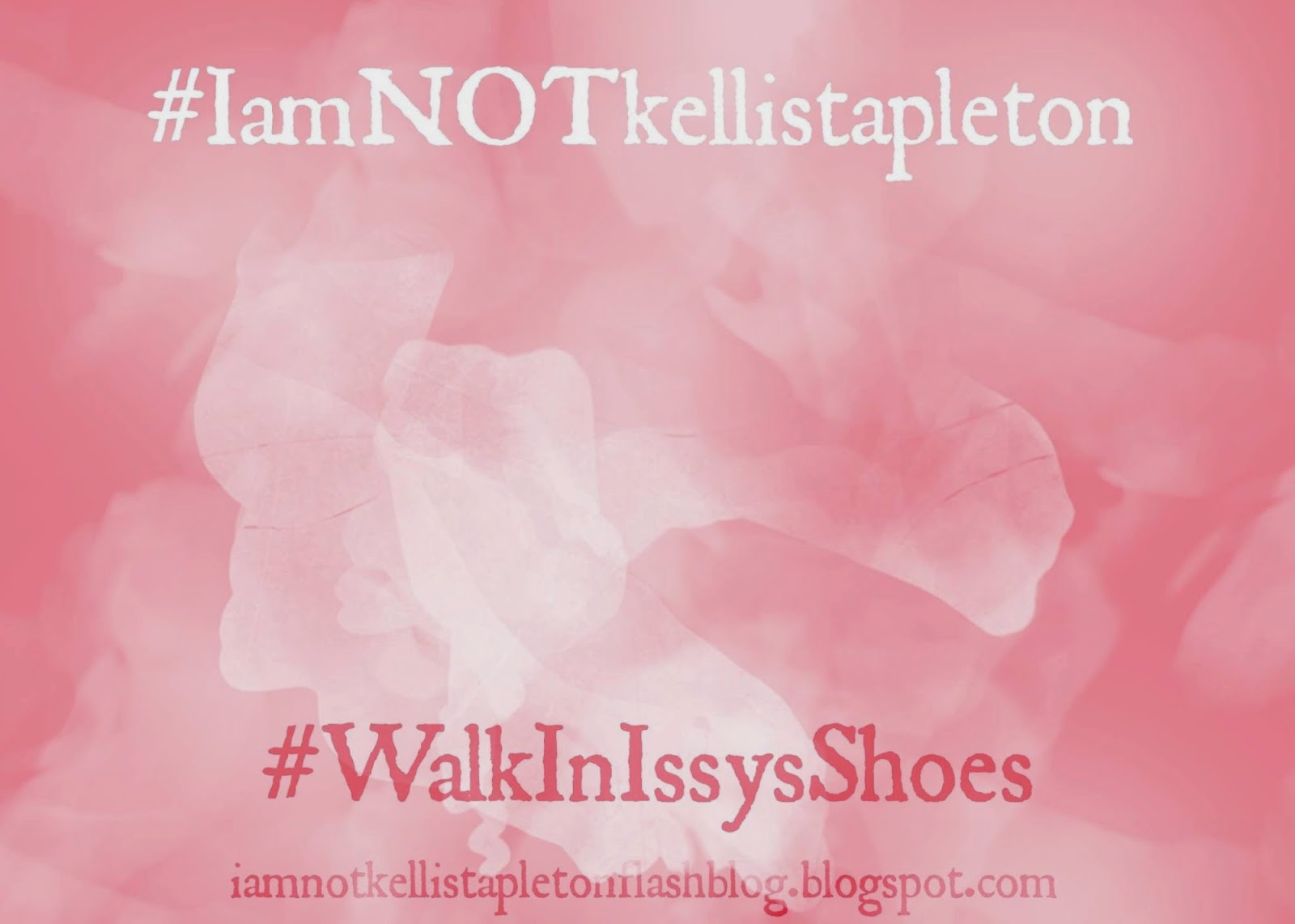 I then segued into how important it was for the public to have an accurate, non-stigmatizing portrayal of autistics and their families - as well as people with disabilities in general. I talked about how harmful it can be when people equate autism to violent behavior, using media speculation over the neurology of people involved in recent school shootings as an example.  I shared how many in our community were hoping that we could re-center the conversation about autism to make it more balanced and more inclusive.

She listened attentively.  Then, with a dismissive wave of her hand and a little laugh, she remarked that she "couldn't be me" because she thought the idea of being involved in activities outside of our children's school was "draining."

"Is all that really a big deal?" she asked.  "I mean, isn't there time to worry about all that autism stuff later? It seems like you're making a big deal out of stuff that's not necessary right now. I mean, when they grow up and graduate, maybe you should do something then," she said.  "I don't think you should be doing flash blogs about stuff going on with people you don't even know.  To me, seems like overkill to worry about that right now; who really cares about all this?"

Fortunately, that was the end of the conversation, because the bell rang and kids started pouring out.  As I walked away, I replayed the conversation in my head, wondering if she feels sorry for me because I think there's a world outside the PTO, class mom duties, and class parties?  She says she "couldn't be me?" I find that ironic, because I "couldn't be" like her.

"Who really cares about all this?" she asked.

I'm not knocking the very important role of parental involvement in schools. Research shows that it extremely important for parents to play an active part in their children's education. I have no "beef" with the PTO; I'm a proud dues-paying PTO member of all four of the schools my kids attend. I've chaperoned many field trips and baked treats for many class parties.

Heck, I drive over four hours a day to three different sides of town to ensure my kids can attend schools that best meet their needs as opposed to just settling with the school that's five minutes away. I help with homework, revise rough drafts, make "flash cards" for quizzes, cut and glue items aplenty for science fair projects. I agree that it's important to be involved in my kids' school affairs.

However, I reject the idea that there's something wrong with caring about things outside of that. I can't fathom what it means to think it's acceptable to ignore the world around me until my kids get out of school. My youngest child just barely turned four; he has a minimum of 14 more years until he is out of school. And as he, like his siblings, is disabled, it may not be in his best interest to finish school in 14 years; he might need to retain public school transition services for 16-18 years. Am I supposed to refrain from any meaningful involvement in life activities until then?

I cannot wait, and I will not wait.

My strong love for my children and the desire to fight to make this world a better place for them will not permit me to ignore the world around me for years on end until the timing is "more convenient" for me. By the time my kids grow up, many opportunities to try to effect change will have been lost.  The time to DO something is now, not later. Not only so that I can try to make things better for their future, but also so that I can lead by example. They will not always be children; they will one day be adults, and when that time comes, they and their peers will be the leaders, the thinkers, the decision-makers. They will need to know how to speak up - and out - for themselves. But if I - their parent - don't do that, how will they learn?

Until they can speak for themselves, I believe it is MY job, my duty, my responsibility, and my privilege, as their mother, to do it for them. To assert their personhood. To make sure that they are viewed properly and not tokenized and/or stereotyped.  To demand that they are given the rights and dignity they deserve as human beings, regardless of their skin color, the country they were born in, their serostatus, their faith, their gender, their disability status, their neurology, or any other factor.

They need me to do that just as much as they need me to look over their homework, bring fruit for the class party, or check their reading logs.

In fact, they probably need it even more than any of that.