Advocacy efforts for an undeserved death

(FYI, this post on my personal blog is identical to a post with the same name that I published on my advocacy blog: http://AdvocacyWithoutBorders.blogspot.com/, and it has also been featured on the Positive Women's Network-USA's website, available for viewing here.) 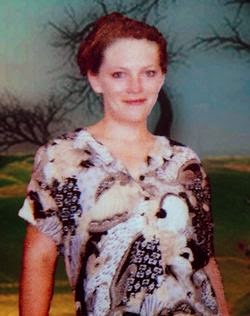 Perhaps you are aware of the tragic May 2014 murder of Elisha Henson, a 30 year old Texas mother of two who was brutally strangled and dumped into a lake a few months ago after a male with whom she'd had a previous intimate encounter learned of her HIV status.  It received some media coverage, but there are many whom have not heard about it yet. One account describing the incident can be found here: http://m.ktre.com/#!/newsDetail/25792737

Though the consensual physical act that Elisha and the alleged murderer engaged in was not an act that would have resulted in any risk of HIV transmission, fear and ignorance fueled a violent, unnecessary act. And now two young boys are without their mother.

Elisha's murder, like that of another young mother, Cicely Bolden of Dallas two years ago (who was murdered by a boyfriend after she disclosed her HIV status to him), and countless others before that, highlight the fact that though we have come very far over the years in the field of HIV, we still have a long, long, way to go.

Though we now know as evidenced by several randomized HIV clinical trials and other data that with adequate treatment, the risk of HIV transmission is quite low, very often people's perceptions do not match up to science or to reality.

Quite literally, HIV stigma kills - though not always in this manner; sometimes in the role it plays in people's decisions to drop out of care due to hurt, denial, and anger; sometimes in harmful actions people might engage in as coping mechanisms; sometimes in other ways.

Nationally, advocates are taking action to address this situation, including the Positive Women's Network-USA.  Several of us Houston advocates have also teamed up to address this situation, which happened nearly in our own backyard (just a few hours away in Angelina County, near Lufkin, TX). We encourage other Houstonians to support us, but ANYONE  can get involved, no matter where you live.  Several of the efforts we have identified thus far are easy, free, and will take very little of your time.

Four of these are listed below. The first three are letters and the fourth is online.  We have drafted a series of letters that you can sign and send.  There are letters for groups (with permission, you can send on behalf of another group (church, synagogue, nonprofit, etc) with whom you might be affiliated. There are also individual letters.  We are happy to provide these letters to anyone who would like them; just email a request to JusticeForElisha@gmail.com and we'll send them promptly, or you may print them directly from here.


1) The first is a letter to be sent to Elisha's family via the funeral home in Lufkin, Texas that handled her funeral. It expresses condolences for their loss.

2) Another is a letter to the District Attorney of Angelina County urging for justice to be served.

3) The third is a template to send letters to reporters/media outlets that have covered the story in a positive manner. (We can provide you with contact info if needed for several of these).  It is important to commend and support journalists that report about HIV fairly and respectful without perpetuating sensationalism and HIV stigma.

4) Finally, you can send the family  condolences through Elisha's online obituary. At the bottom of the obituary, there is an option to "sign the guestbook." Signing the guestbook is free, and the responses are compiled and given to Elisha's grieving family at periodic intervals. No registration is required, as one can use a pseudonym if they wish.

To date, there have been very few signatures in the guestbook. It would probably be great consolation to them if several people would consider signing the guestbook and leaving a few kind words of support for her family.  From media accounts, the family was seemingly having a lot of difficulty coming to grips with her diagnosis and now have to also deal with her untimely death.

Most of the comments already posted are very short (a sentence or so); one can leave a comment in a minute or two.  My ONLY caveat, and I ask in advance that you pardon my frankness, is that you exercise decorum when you comment.

Simply put: "If you don't have anything nice to say, don't say anything at all."  The family has already been dragged through the mud as stories of Elisha's struggles with substance use and her HIV diagnosis were made public. I DO NOT wish for anyone to write ANYTHING in the guestbook that would hurt them further.

No condemnation, no finger pointing, no judgment - her elementary aged little boys and grieving family and friends don't need that stress.  Everyone has a past.  Please do not write anything that will cause more pain. Simple condolences go a long way.

(On the obituary webpage, there is also an option at the top of the page to send a card and/or to send flowers.  I have not researched any costs that may be associated with those additional options; you are welcome to check it out if you like.)

Thanks for your patience with this matter, and your anticipated cooperation as well.  Please feel free to contact me with any questions.


Link to obituary (at the bottom you can click the link to view and/or sign the guestbook):